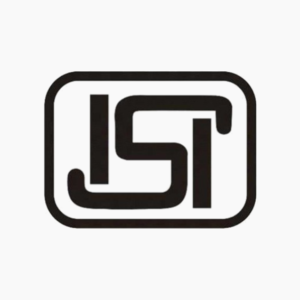 Approvals from Bureau of Indian Standards

The Bureau of Indian Standards offers various variants Product Certification Schemes, the prominent ones being ‘ISI Mark Licensing’ and ‘Registration (commonly known as CRS)’. Both the Schemes could be subscribed to on Voluntary basis for demonstrating compliance of their goods to Indian Standards by the manufacturers. In addition, Licensing for ISI Mark is also available for Overseas Manufacturers under Foreign Manufacturers Certification Scheme (FMCS)

ISI Mark Licensing is a stringent and Complex Scheme of Certification. It is based on Model of Type 5 Scheme of ISO/IEC 17067. The certification involves testing of product to relevant Indian Standards, Factory Inspection of the Manufacturing Unit followed by periodic testing, factory inspections and market and factory surveillance. Factory Inspection is done to ascertain compliance of the Quality Management System as well as to verify the competence and availability of test infrastructure at the Factory to test the produce to Scheme for Testing and Inspection notified by BIS for the respective products.  Periodic Factory Inspections and pick up of sealed samples for independent testing are part of the process.   Licensing Scheme empowers the manufacturers to use ISI Mark on their products. ISI Mark becomes mandatory when so notified by any regulating Ministry in India. The manufacturers could use ISI mark logo with respective License Number on their certified goods under this Scheme. The list of items notified for Mandatory ISI Mark License include certain categories of Cement, Household Electrical Goods, Cables, Plugs and Sockets, Food and Food products, Cylinders, Steel, Tyres and Tubes, Pressure Cookers, Water Heaters, Toys, Glass Sheets, Stoves, Kitchen Appliances, Chemical and Pesticides, Certain Food Products etc.  For latest list one can refer to the website of the BIS https://bis.gov.in